The crew at Vetusta Games wants to express their appreciation for your continuous support and all your comments. As a response to your strong backing, we would like to make you part of the future we foresee for Shadowfist.

We are following a series of guidelines:

To achieve this state of the game, we are releasing soon the new Tournament Promo Pack and the Action Pack 3.

These two packs will be soon followed by a Kickstarter campaign for a new big set, with 4 pre-constructed decks, one each for the Architects of the Flesh, the Four Monarchs, the Guiding Hand and the Dragons.

Later sets are already in the queue, but that might be going too much into the future. For the time being, we are concentrating on achieving a good end result for these forthcoming sets.

We hope this gives you all enough of an insight into our design path and the reasons behind the choices we have made on publishing some cards instead of others.

As always, we thank everybody for your support and comments, and we want to reassure that we pay attention to and take into consideration everything we are told.

All the best. See you all at the Secret War!!

After a hectic time in Essen, with lots of meetings, lots of talking, lots of work… and after a busy time post-Essen, we think we are almost ready to launch the next expansion for Shadowfist.

We will confirm it in due time, but I want to let you know already that…

YOU CAN EXPECT A KICKSTARTER CAMPAIGN DURING SPRING 2020!!

Check the tournaments page to see the upcoming championships, meetings, and so on.

If you are a tournament organiser, or want to become one, drop us a line. 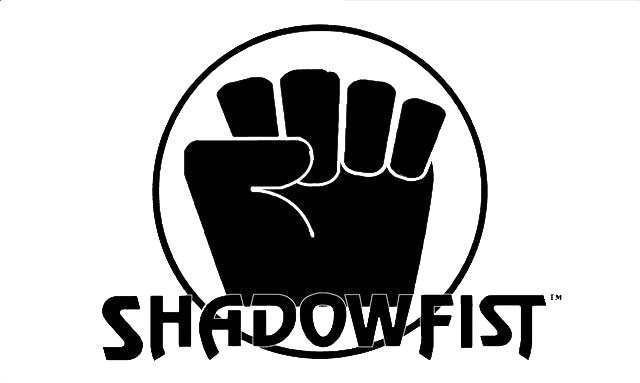 As you can see, we are back to business. We are working hard to bring you all you need to play your favourite multiplayer card game.

Some of the functionalities of the page are not available yet, but soon will.

You can already register for the forum and download some important documents. The shop will be updated soon with automated calculated shipping costs.

So, we only have to say one more thing… WELCOME TO THE SECRET WAR!!!

This website uses cookies to improve your experience while you navigate through the website. Out of these, the cookies that are categorized as necessary are stored on your browser as they are essential for the working of basic functionalities of the website. We also use third-party cookies that help us analyze and understand how you use this website. These cookies will be stored in your browser only with your consent. You also have the option to opt-out of these cookies. But opting out of some of these cookies may affect your browsing experience.
Necessary Always Enabled
Necessary cookies are absolutely essential for the website to function properly. This category only includes cookies that ensures basic functionalities and security features of the website. These cookies do not store any personal information.
Non-necessary
Any cookies that may not be particularly necessary for the website to function and is used specifically to collect user personal data via analytics, ads, other embedded contents are termed as non-necessary cookies. It is mandatory to procure user consent prior to running these cookies on your website.
SAVE & ACCEPT